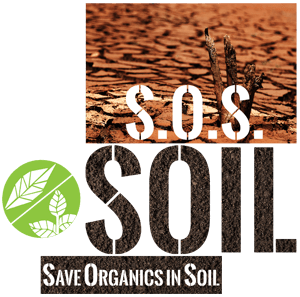 Save Organics in Soil – Biological Cycle and Sustainable Agriculture

After the public hearing on ‘Facing the sixth mass extinction and increasing risk of pandemics: what role for the EU Biodiversity Strategy for 2030’ in the European Parliament, the rapporteur of the Committee on the Environment, Public Health and Food Safety of the European Parliament, Césare Luena (S&D), has presented the draft report on the Biodiversity Strategy on 13th of January 2021. The report underlines the importance of soil health on biodiversity and to combat against soil degradation and desertification. The ENVI Committee ‘underlines that the Biodiversity Strategy’s actions must adequately tackle all five main direct drivers of change in nature: changes in land and sea use; direct exploitation of organisms; climate change; pollution; and invasive alien species.’ The report has finally to be adopted in the plenary of the European Parliament in the next months. The report of the ENVI committee can be assessed here.
READ MORE »

ECN calls for setting up a mandatory target to build up soil organic matter
.
.
READ MORE »

Today, it is a good opportunity to express your love to soil - Make a gift and sign the Save Organics in Soil Initiative!
READ MORE »